As your child's Spanish teacher(s), our goal every class is to make Spanish a super fun and positive experience!  To do this we incorporate a variety of "Spanish-speaking" puppets, songs, catchy chants, games and role play! In January, some of the vocabulary themes your child will learn include:
​

NEW!  How to practice Spanish at home as a family

To improve in a second language you have to practice it, just as you have to practice an instrument or a sport, or anything you want to get better at. Imagine how much more fluent your children will become in Spanish if they could practice with you at home in addition to their class with us! Think of how you will enrich your life too, by gradually learning a second language. (It looks pretty good on a resume!)

Below, we give you the simple steps to practice Spanish at home, as a family. You don't have to have any background in Spanish to do this. If you integrate just one of the ideas below at home this January, you will easily begin speaking Spanish as a family! It will feel amazing and you will be so proud of your children and of yourself for putting just a little time into practicing Spanish as a family. The rewards are lifelong!​
Children love to count in Spanish and when they get good at counting they love to show off! Parents, practice counting to ten with your children. It's easy!

1. Print off the handout of numbers 1-10. This is the same handout we use in class. (Click on the blue button below.)

2. See the visual below entitled: Activity 8 Vocabulary, Numbers 1-10. (This is your "cheat-sheet".) See how each number is written in English followed by Spanish and there's a pronunciation key to the right of each word? Read the pronunciation key as though you're reading English and your pronunciation will be spot-on! Be sure to stress the syllables that are in bold and underlined. We try to make everything as simple as possible when it comes to families learning Spanish!

3. Watch the short video to the left which models the activity.

4. Have your children  watch the video to the right in which a puppet "Pollo" helps them count to ten in Spanish!

5. Play the audio file below (click on the small triangle in the black audio strip). As you listen, point to the numbers on the handout that you printed out and count out loud with your child. Repeat the audio file several times. Do this exercise for a few days and you'll have the numbers memorized! Tape the number handout on your refrigerator so you'll remember to practice saying the numbers together through out the day. Consider making several copies of the handout. Keep one on your child's bedside table and practice the numbers at bedtime. Laminate another copy and keep it in the car and keep another near your child's toys so you can count at random times throughout the day.
Handout of Numbers 1-10 (Download me)
At the end of the audio file you hear the word: "Magnífico" which means "Magnificent". Pronounce it like this: (Mahg-nee-fee-koh)
Tell your children and other family members "Magnífico" throughout the week to praise them in Spanish. By just saying this one word when you want to compliment family members, you are on your way to gradually becoming a bilingual home! 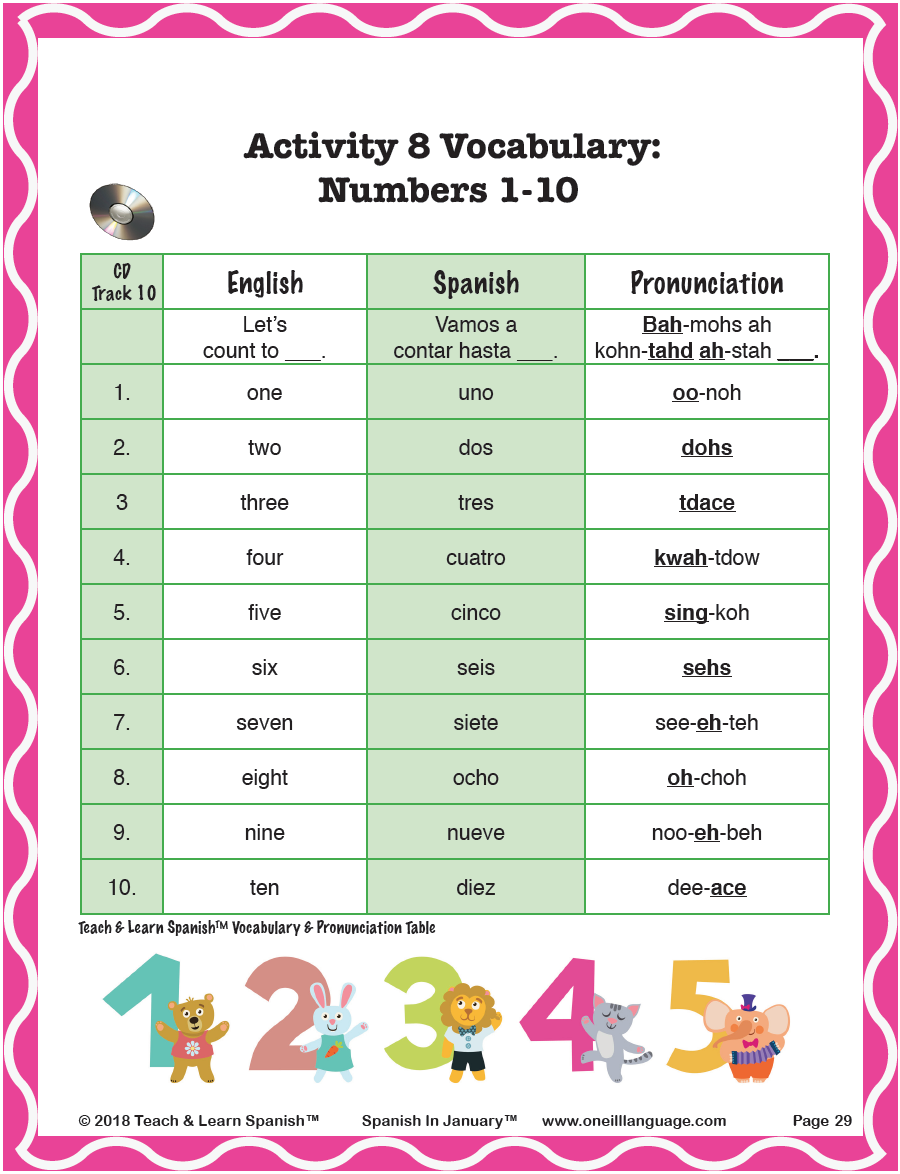 Ten easy ways to make counting to 10 in Spanish fun during the week:
1. When carrying your child up and down the stairs in your home (or walking with them,) count the steps out loud in Spanish.
2. During story time, count items on the pages of the book in Spanish.
3. If you have a numbers book in English, translate it into Spanish by saying all of the numbers in Spanish.
4. To speed your child up when getting dressed or putting on their jacket and boots, etc. see if they can be done by the time you count to ten in
Spanish (Hint: count slowly!)
5. Count your fingers and toes in Spanish.
6. When eating Cheerios, raisins, popcorn, etc. or any countable food, count out the pieces up to ten in Spanish.
7. Play catch: Each time you toss the ball back and forth, count one more number. Can you make it to 10 without the ball touching the floor?
8. Have your child be "The Spanish Teacher" in your home. Give them a wand or pointer and they point to the numbers on the number visual as
they lead you in counting to ten in Spanish.
9. Be sure to "show off" counting for grandparents and friends!
10. Empower your child to TEACH grandparents and friends how to count from 1-10 in Spanish! 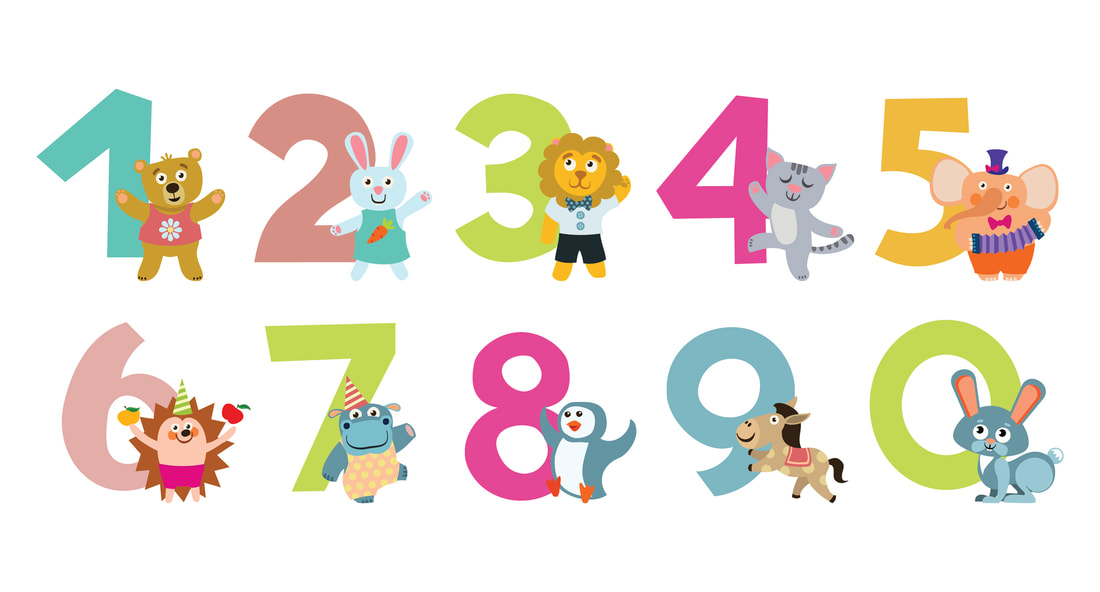